The great city of Ayutthaya was founded in 1351 by King Ramathibodi I, who came here from the disease-ravaged town of Lopburi. It served as the Thai capital for over 400 years. It boasted three royal palaces, hundreds of temples, 87 miles (140 km) of canals, and a cosmopolitan population of a million people, including merchants from Portugal and samurai bodyguards from Japan. Unfortunately, Ayutthaya’s glory days ended abruptly in 1767 when it was sacked and destroyed by the Burmese, who left the ruins that we see today. These include several needle-sharp stupas, innumerable statues of Buddhas staring soulfully into space, and many crumbling Buddhist temples, including Wat Phra Mahathat, known for its eerie stone Buddha’s head smothered with overgrown tree roots.

The capital of ancient Sri Lanka for over 1,000 years, Anuradhapura was one of the greatest monastic cities the world has ever seen. It was the archetypal Buddhist theocracy in its heyday, a tiny kingdom where divinely ordained kings ruled alongside a powerful Buddhist clergy. The boundaries between the secular and the religious remained hazy at best. Nevertheless, the city had a population of some 10,000 monks. Its monasteries were a powerhouse of Buddhist learning and theology, which spread to India, Burma, Thailand, and beyond.

The great ruined city of Vijayanagar, more commonly known as Hampi, survives of the capital of what was once the most powerful kingdom in central India, the Vijayanagara Empire. Although the city was largely destroyed in a siege in 1565, its ruins lie scattered over more than 12 miles (20 km) of the countryside. The monuments range from the intricately carved Achyutharaya, Vitthala, and Virupaksha temples to the former royal quarters, complete with its famous set of elephant stables – a lavish stone palace fit for a prince, let alone elephants. Surrounding the city is a surreal, beautiful landscape bisected by the meandering Tungabhadra River and studded with rocky hills and gigantic boulders said to have been tossed down by the armies of the Hindu god Hanuman in a superhuman show of strength.

The capital of Japan from AD 710 to 794, when it was succeeded by Kyoto, the small city of Nara is located at the very center of the country and is regarded as the birthplace of Japanese culture. During Nara’s era of prosperity in the 7th and 8th centuries, Buddhism became firmly established in Japan, prompting the construction of several superb temples that survive to this day. Preeminent among these shrines is Tōdai-Ji, with its spectacular, revered 49-ft- (15-m-) high bronze Buddha statue, and Hōryū-Ji, which is the country’s oldest Buddhist temple. Hōryū-Ji also boasts a fascinating collection of religious figures and ancient artifacts, as well as the world’s oldest surviving wooden building.

Honeycombing the limestone cliffs above the confluence of the Mekong and Nam Ou rivers, the atmospheric caves of Pak Ou are one of Southeast Asia’s more unusual historical sights. For centuries, the caves have been used as storehouses for damaged or outdated Buddha statues that have outlasted their practical use and can no longer be venerated in a working temple. As a result, around 4,000 such figures now jostle for elbow room in Pak Ou’s two main caves, combining spooky tourist appeal with an enduring religious pull that continues to draw Buddhist pilgrims from across Laos and further afield.

Getting There The caves are 15 miles (25 km) north of Luang Prabang. The best way to get to the Pak Ou Caves is on an hour-long boat trip from Luang Prabang, although they are accessible by road. When to Go Aim to visit in the cool months, from November to March. 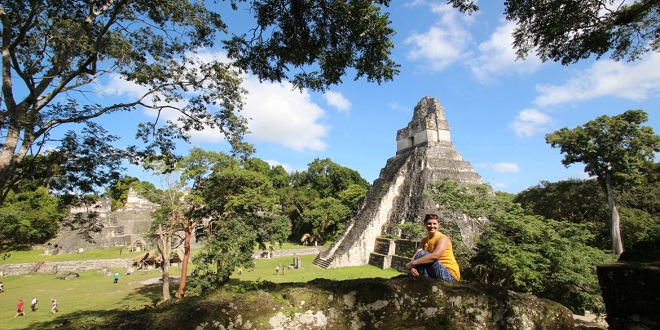